Radek Vondráček was born on 30 December 1973 in Kroměříž. After he had graduated at the Faculty of Law of the Masaryk University in Brno he took up the profession of an attorney in his home town.

He actively participated in the preparation of anti-corruption laws and measures. The State Reconstruction 2016 – 2017 initiative declared him to be the most active MP in the matter of fight against corruption. He states that his parliamentary work has been inspired by his professional experience as an attorney but also by his everyday life in a small regional town.

Radek Vondráček is married and has two children. His friends appreciate him as a very sociable and good-humoured companion. His main target is to upgrade political culture in the Czech Republic. 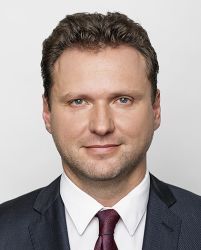