The lawmakers have to change the election rules due to the Constitutional Court's (US) verdict that cancelled some parts of the election law two months ago for the violation of equality of suffrage and chances of the running entities.

The Chamber of Deputies, the lower house of Czech parliament, today approved a new way of translating votes into MPs’ mandates that still favours more successful political parties but less than before and under which election coalitions will need fewer votes to succeed in the general election.

The Senate, the upper house of Czech parliament, will deal with the changes to the election law in the days to come. The Chamber of Deputies already discussed the planned changes with the Senate. A majority of the lower house groups supported the changes. The next general election will be held in October.

The lawmakers have to change the election rules due to the Constitutional Court's (US) verdict that cancelled some parts of the election law two months ago for the violation of equality of suffrage and chances of the running entities.

The US has cancelled the additive clauses that set down 10, 15 and 20 percent threshold for the coalitions depending on the number of their members. The lower house decided today that two-member coalitions need to win at least 8 percent and coalitions of more parties at least 11 percent of the vote to enter the Chamber of Deputies. The 5-percent threshold for parties running separately in the general election will remain unchanged.

Mandates will be given automatically, without a possibility of parties influencing them after the elections.

The current 14 election regions will be preserved and the proposal to make Czechia a single election constituency was rejected. The proposal for introducing postal voting for foreign Czechs was also rejected.

Under the amendment to the election law, the Czech Statistical Office is to decide after the elections how many MPs individual regions of the country should have, based on how many people voted in them.

On proposal of lower house constitutional and legal committee head Marek Benda (opposition Civic Democrats, ODS), the lower house seats will be given to the parties in the first calculation of votes using the Imperiali quota, which favours more successful parties but less than the originally used d´Hondt system. The seats that cannot be allocated in this way would be given in a second vote calculation and based on a proposal submitted by MPs Radek Vondracek (ANO) and Vojtech Pikal (Pirates) according to the number of votes for parties and preferential votes for candidates. Pikal said up to 30 seats in the 200-member lower house of parliament could be distributed like this. The regions with the biggest remainders from the first calculation of votes would be the first one now. Benda’s proposal that parties could decide on these votes was rejected.

Pirates lower house group head Jakub Michalek did not win enough support for the proposal that the parties running in the elections would not have to include support from volunteers in their campaign expenses, which are limited.

If the new election model had been applied to the previous general elections in 2017, the winning ANO would have got 69 instead of 78 seats in the the Chamber of Deputies, according to the calculations of CTK and the Pirates. The ODS would have 24 seats as against today's 25 like the Pirates who would have won two extra mandates.

The opposition Freedom and Direct Democracy (SPD), the Communists (KSCM) and the Christian Democrats (KDU-CSL) would have got one more seat each, thus 23, 16 and 11 respectively. The junior government Social Democrats (CSSD) would have ended up with 15 deputies, while TOP 09 and the Mayors and Independents (STAN) would have had nine representatives in the lower house as against their seven and six current mandates, respectively. 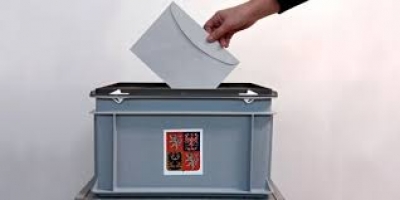